Have you ever wondered, as you walk along the path leading to the Church just before the service begins, how the bells are rung and how they produce their sound? You might feel that bell-ringing is shrouded in mystery, that visitors to the tower are not welcome, and that our church always has enough ringers. This is far from the truth. I hope to give some insight into the fascinating activity of bellringing, and explain why ringers find it so challenging and rewarding.

The history of bells extends back almost to the dawn of civilisation, when crude metallic objects were sounded to ward off evil spirits, to alter the weather, or to mark festive occasions. In medieval times the craft of bellfounding began to develop, and bells were hung in towers specially built for them. To begin with bells were hung mouth downwards, but it was soon realised that by swinging the bell through a wider and wider arc a progressively fuller and richer tone was produced. To enable a bell to be swung in this way a wheel was attached and a rope tied to the wheel, so that the ringer could control the swing of the bell to some extent.

In the sixteenth century ringers developed a system of full-circle ringing, so that the bell starts from a mouth upward position, swings through a full circle and comes to rest mouth upwards again, before swinging back again full circle in the opposite direction. It was realised that a ringer had some control over the bell’s movement by varying the time during which it was held on the balance with mouth upwards. By this means the sequence in which the bells in the tower were sounded could be altered, this is called change ringing.

Bellringing in those days was mainly a secular activity, practised largely by the squires and nobility. In the nineteenth century ringing became increasingly identified with the Church, with most ringing peals being hung in church towers, and rung to mark Sunday services, weddings and so on. With improvements in bell hanging, ringing ceased to be physically arduous and ladies joined the ranks of ringers around 1900. More complex methods of producing changes (the permutations of the order in which the bells strike) were developed and many challenging possibilities were opened up.

Nowadays, bellringing is firmly established as a church-based activity, although many ringers pursue their hobby at other times as well – on practice nights, ringing for special occasions and so on. The bells’ primary function is to call the faithful to worship and to proclaim the church’s gospel far and wide. However, would-be ringers should not be put off if they are not themselves active church-goers!

The Bells at St Paul’s

We now have a very fine ringing peal with the lightest bell weighing 4½ cwt and the heaviest (known as the tenor) 15½ cwt (790kg); the ring is tuned to the scale of F. The bells are popular with visiting ringers and are also very suitable for beginners, as they are particularly easy to handle.

The ringing room is reached by means of an internal stone circular staircase which is accessed outside, from the base of the tower. 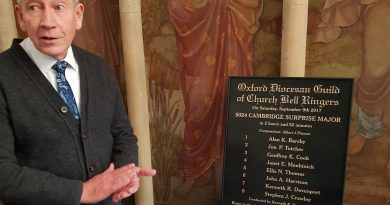 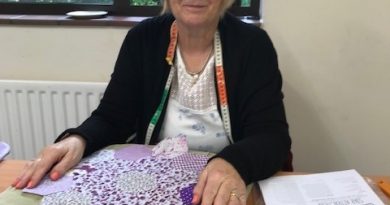 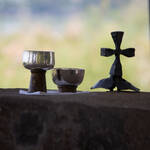